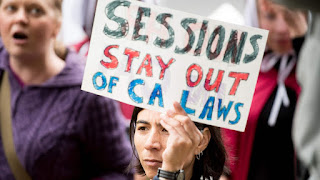 - A facility that is notably better than other jails. Yolo JDF is considered relatively positive (not exemplary, but merely better) when compared to adult detention facilities in California (report: https://oag.ca.gov/sites/all/files/agweb/pdfs/publications/immigration-detention-2019.pdf). People who have been incarcerated tell us they prefer Yolo County's facilities. Yolo JDF also has a far better reputation than the only other facility that holds ORR youths, Shenandoah Valley in Virginia. See these articles about abuses documented at the Shenandoah facility.